Chitika came up with these numbers by counting the number of new, unique iPads they see online and coming through their extensive advertising network. The site also measures adoption by hour and by state, with California having the highest percentage of iPads in the country (19.4 percent).

Apple said on Monday it has sold over 300,000 iPads on Saturday, a number which didn't match some analysts' estimates, placed at up to 700,000 at some point. Chitika's number though, is much more realistic, with around 600,000 in the first six days of sales.

The Wi-Fi-only iPad might not be seen as an Internet surfing device primarily, implying that many people are buying Apple's tablet for the apps, thus spending more time in the App store. Apple said iPad users downloaded over one million apps and 250,000 eBooks during the first day of sales. This is fantastic news for the future of the App market for the iPad. 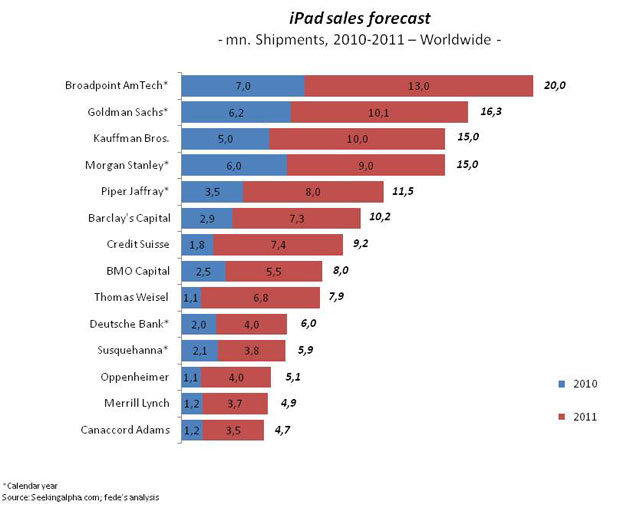 The first batch of iPads is not running very smoothly. Some users reported issues with Wi-Fi connectivity, especially when their iPads come out of sleep mode. Apple acknowledged the problems, though the solutions offered are not working for all the affected users.

An Overview of the BlackBerry Playbook

Report assesses the market opportunities and challenges for mobile healthcare