Amazon launched its line of Kindle Paperwhite ereaders in Canada in January 2013, however, the company’s Kindle Fire tablet is will still not be available in Canada. We take a look at how Kindle is giving Kobo some serious competition with Kindle Fire HD coming there will be even more competition for Kobo.

In addition to much faster shipping in Canada, the new Kindle device is available in many retailers, including Staples, The Source and Shoppers Drug Mart.

The Kindle Fire is eventually going to come to Canada and Amazon is working hard to launch the Fire lineup across the world as fast as they can. Colour general purpose tablet eReaders (including Android, and iPad devices) are competing with the cheaper E Ink readers because colour and access to Apps brings more vibrancy to the user experience.

While the tablet boom seems to be cannibalizing the E Ink eReader market, as consumers upgrade their devices, the two will continue to coexist in the short-term.

In America, Amazon is finding that many families are buying both eReaders and their Kindle Fire product.

The Kindle Paperwhite products are purely an eReading experience, using grayscale e-ink, and are available in two versions: $139 for the Wi-Fi only version and $199 for the 3G version. Once charged, the products boast up to eight weeks of battery life, as well as a built-in front light and more pixels and contrast than the previous version.

The products also tie into Amazon.ca’s Canadian book store, which features 1.5 millions books, including 250,000 exclusives, 50,000 French titles and access to the Kindle Direct Publishing sector, the company’s self-publishing program, which allows authors to put up their products and set their own price.

Amazon is making its latest generation Kindle available for $89. Kindle also has apps available for iOS and Android, allowing customers to buy a book and then read it on their Kindles, phones or tablets.

The Kindle Paperwhite has been selling very well around the world. 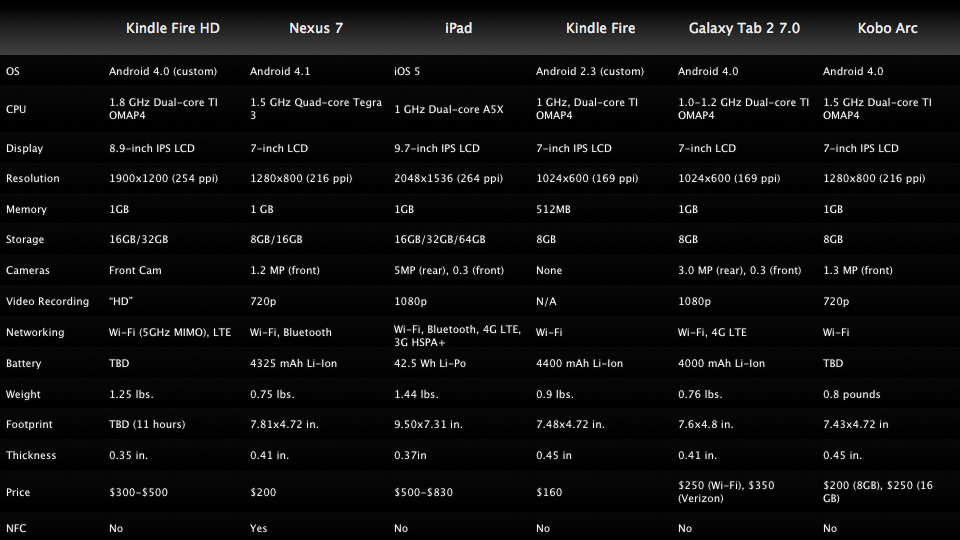 iPad 2 supplies could be hurt by Japanese quake...

Comparing Facebook, Microsoft, Amazon, and Google chatbots to get a read of where the industry is heading

How much storage do you really have available on your tablet?